The tweet read, ”I understand times are hard, but doesn’t the President of the #Ukraine own a suit? I don’t have much respect for current members of the U.S. Congress either, but I still wouldn’t address them wearing a t-shirt. I wouldn’t want to disrespect the institution or the United States.”

I understand times are hard, but doesn’t the President of the #Ukraine own a suit? I don’t have much respect for cu… https://t.co/HHyI5nZqnq

Sharing the tweet, Mira wrote, “You’d ask him to wear cufflinks if you could… Seriously!” She also added, “Are we getting so influenced by ‘looks’ and looking the part, that we forget reality? Expecting a Head of State to have his suit steamed in the middle of a crisis?”

Check out her reaction here: 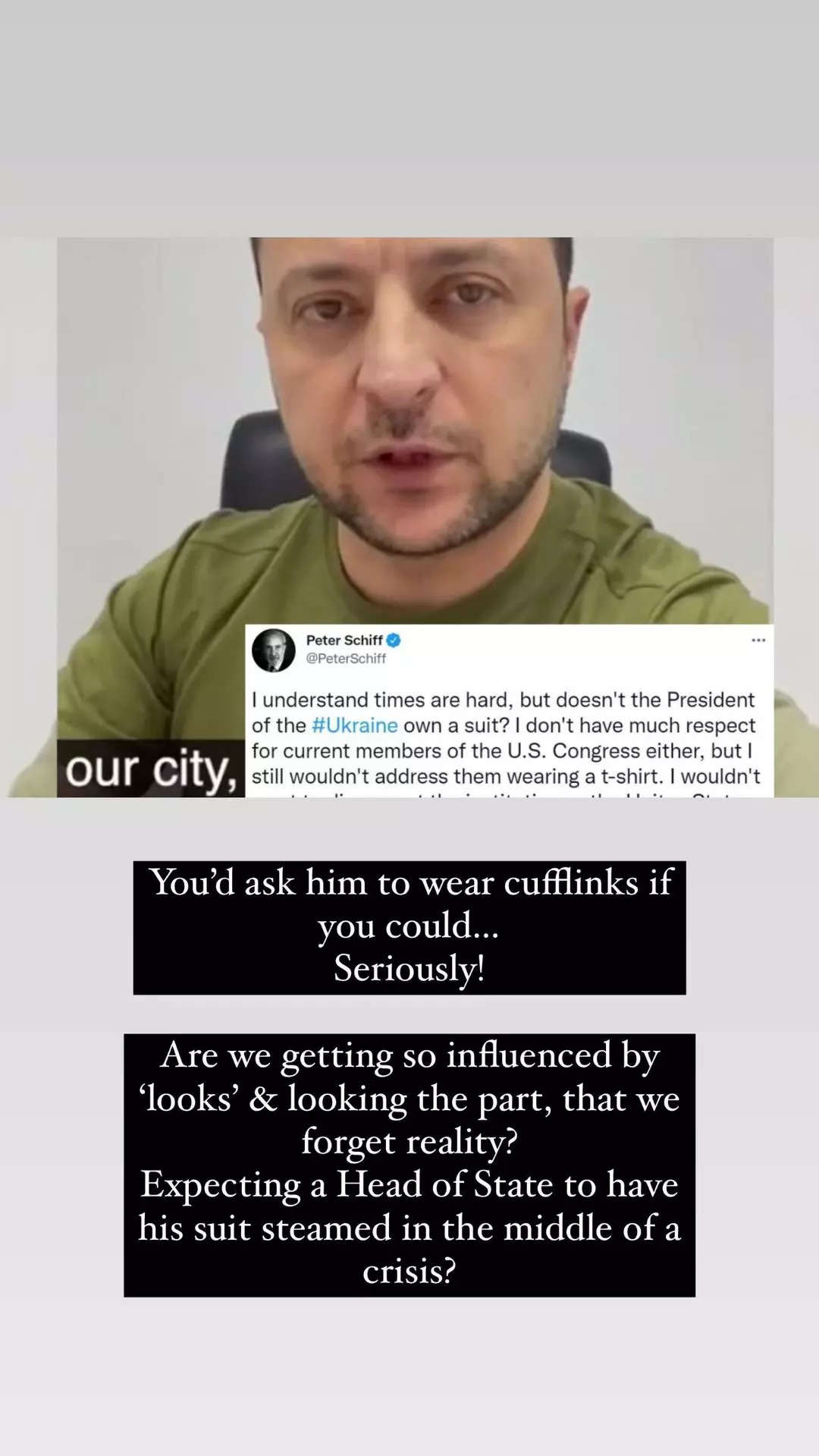 Last month, Priyanka Chopra shared a post reacting to the ongoing Russia-Ukraine war. On Instagram, PeeCee had shared a news clipping about the Russia-Ukraine crisis. “The situation unfolding in Ukraine is terrifying. Innocent people living in fear for their lives and the lives of their loved ones, while trying to navigate the uncertainty of the immediate future,” she wrote.