Randeep Hooda seems to have found steady love. ETimes has heard the latest whisper doing the rounds of Bollywood corridors that Hooda is in love with Lin Laishram, a girl from North East who has acted in movies like ‘Om Shanti Om’, ‘ Rangoon’ and ‘Mary Kom” amongst a few others.

Lin is also a successful model and hails from Manipur.

While it is not confirmed whether Randeep and Lin are living-in, it is not much of a secret from his close friends at least that Lin is someone very special in Randeep’s life. Buzz is, Randeep and Lin have been close since nearly 8 months if not more.

A few netizens have latched on too to this link-up. If you see the comments below this picture, you would know. 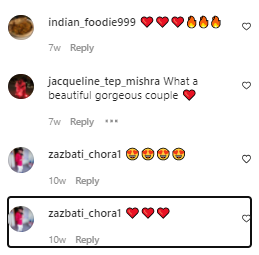 We texted Hooda to revert on this but he chose to not respond. Calls on his phone too went unanswered.