The AutHer Awards 2022 Longlists for best women authors in Fiction, Non-Fiction, Children’s Literature, and Debut were announced today by a panel of eminent judges. The Times of India received a whopping 1500 plus entries submitted by both publishers and individual authors for the coveted national award, the first of its kind in India.

The AutHer Awards – a joint venture between JK Paper and Times of India – is a celebration of women authors who have added value and creativity to the literary space. The jury considered books by women published in India between December 2020 and November 2021.

The longlisted books are (in random order): 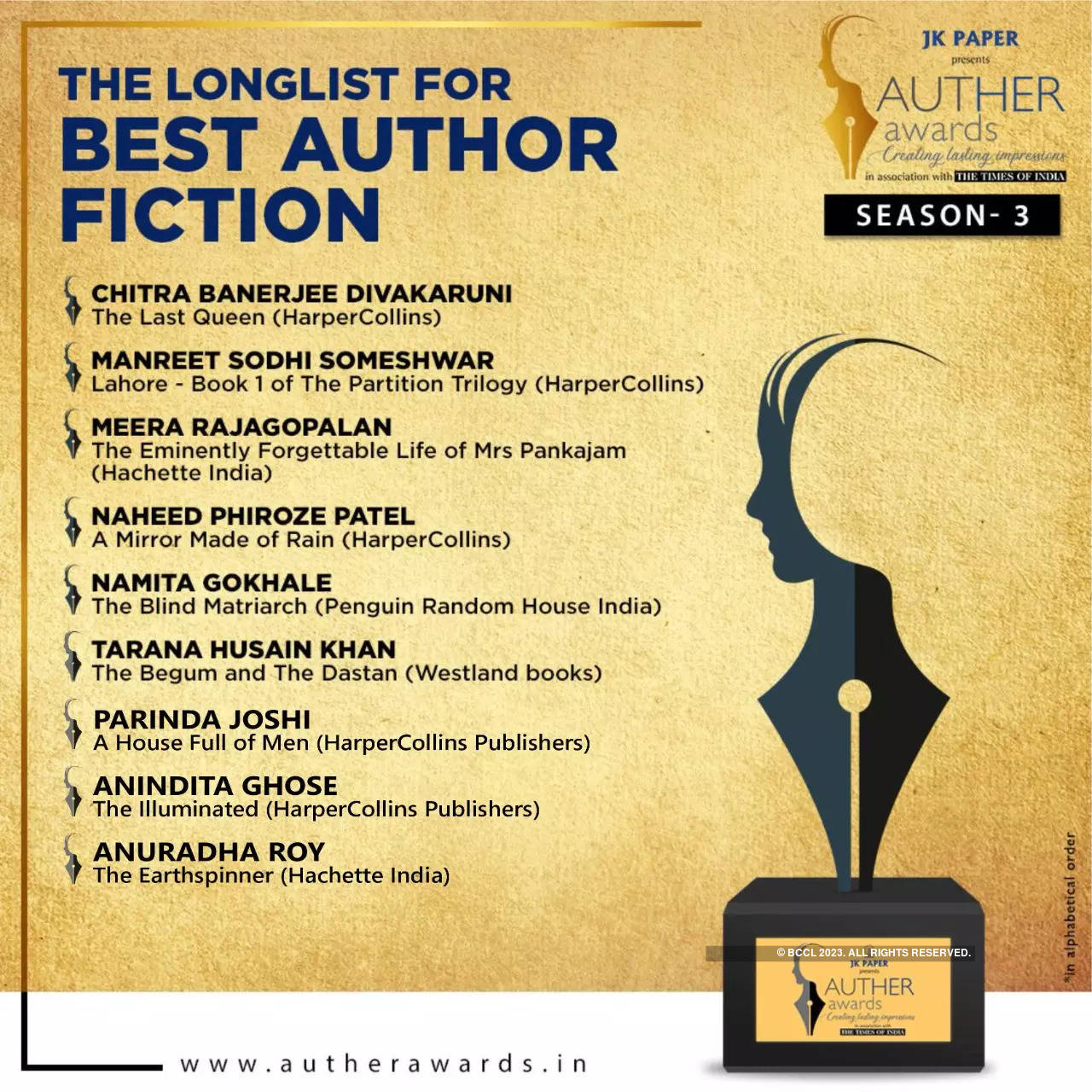 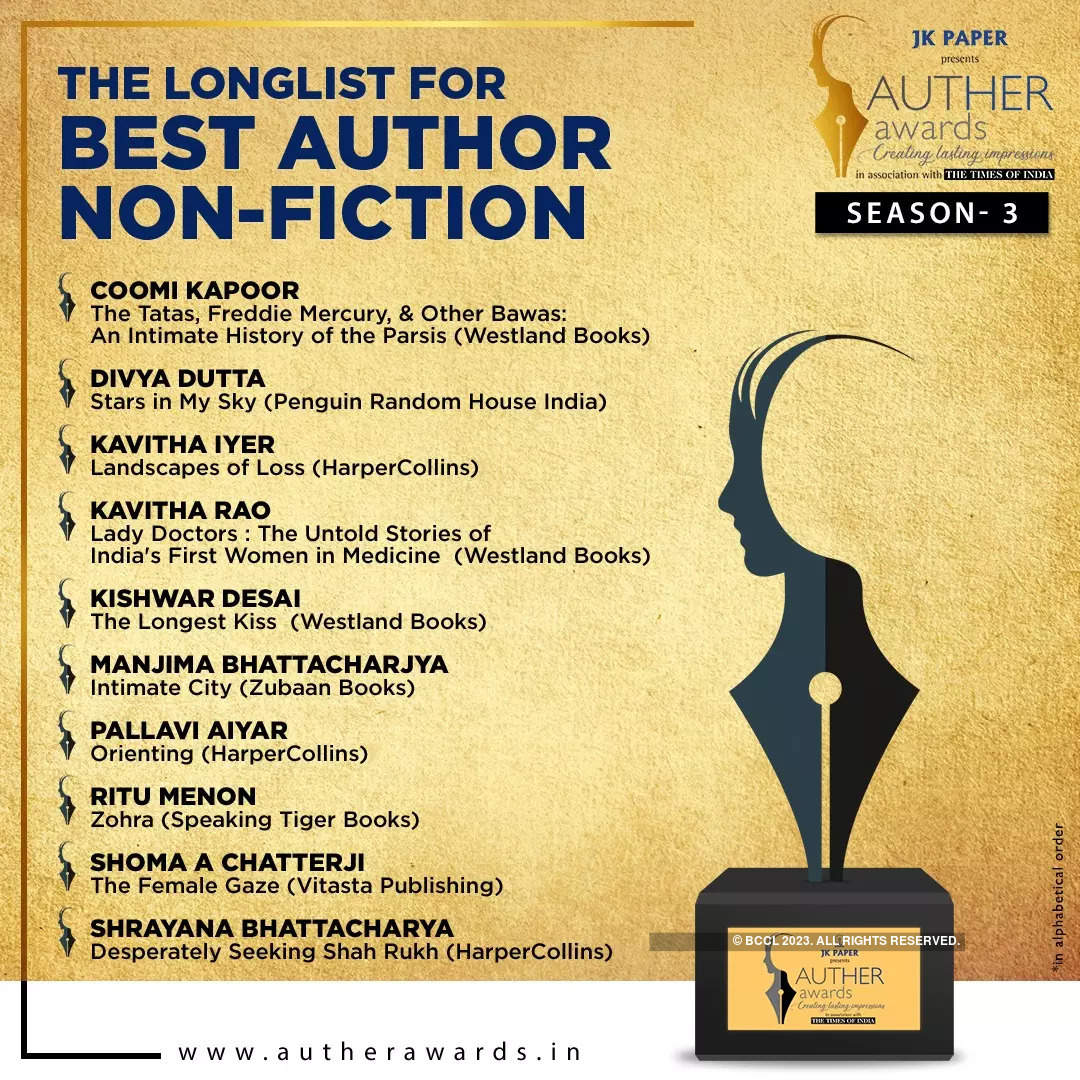 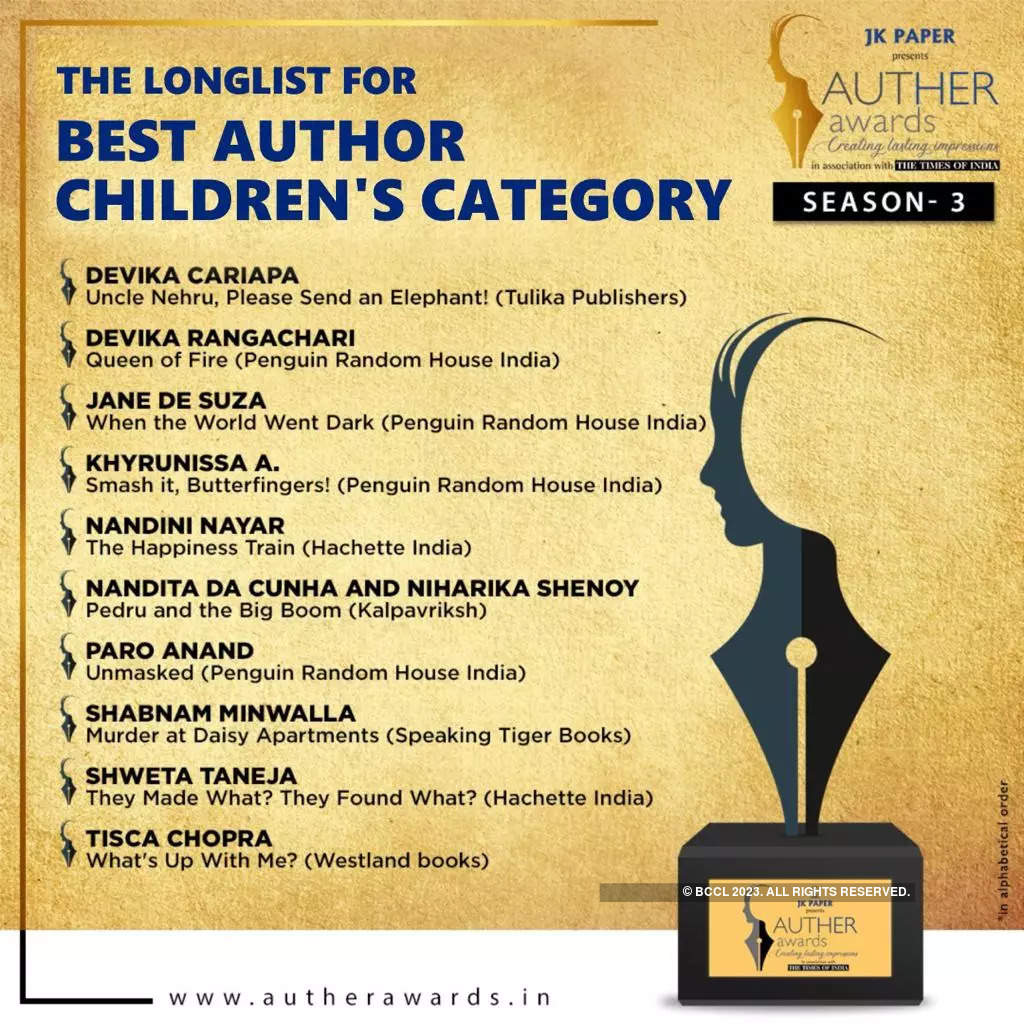 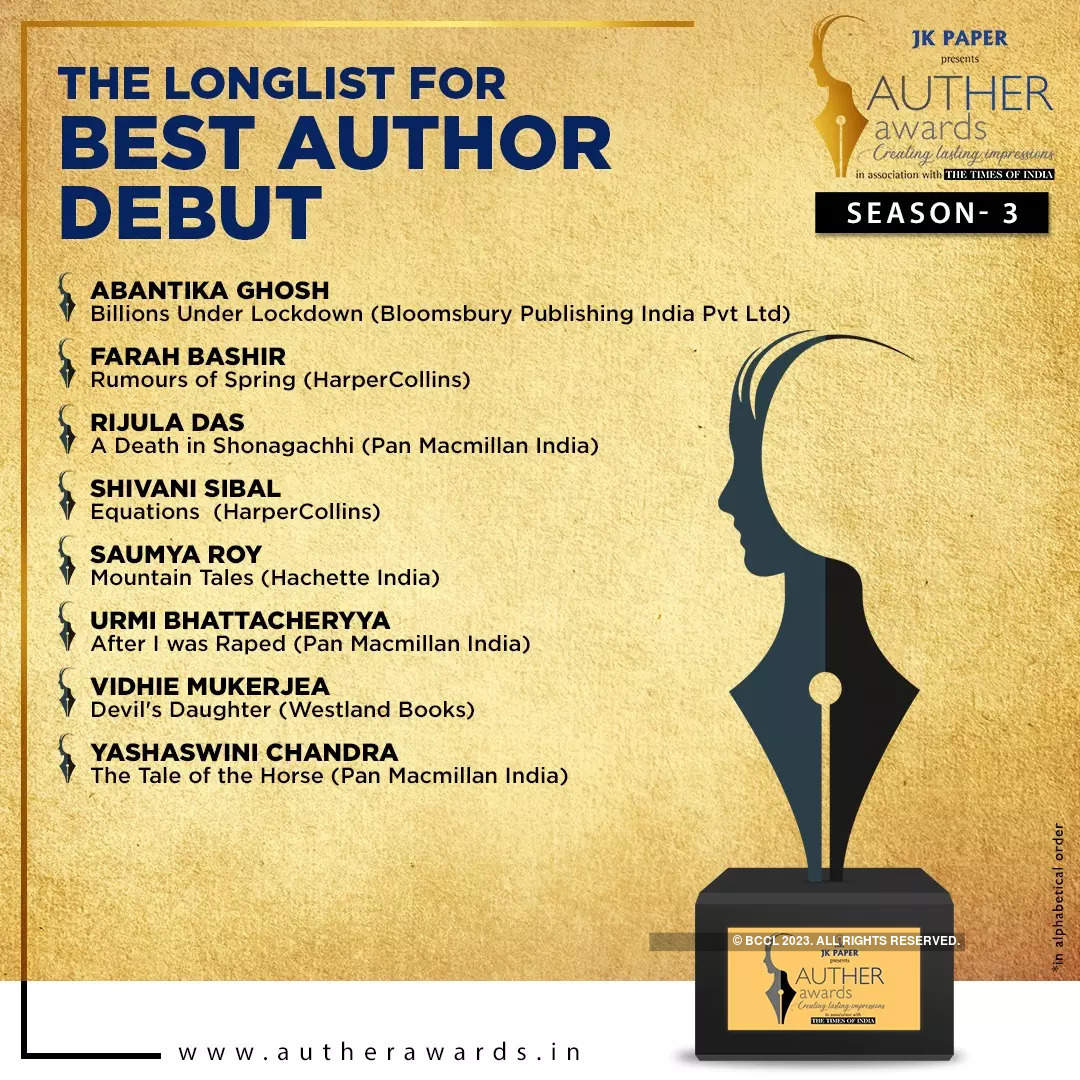 Prasoon Joshi, Jury Chair (Fiction), said, “Congratulations to all the winners. I had the opportunity to come across some compelling pieces of work. We need more voices coming from non-metro India and more diversity of subjects. Women writers’ subjects have a broader sky, and limiting that to women protagonists will not do it justice. The quest to find authenticity and express it inimitably is what we honor and celebrate at these awards.”

Talking about his experience as Jury Chair (Non-Fiction), Rajiv Dogra said, “Going through nearly two dozen books was an experience in itself. Although it was a big task and responsibility, it was interesting to see the variety that women writers are producing today in the non-fiction sphere.

“There were books about the history of women doctors in India, asylums in India, and their miserable conditions in the past, along with others by young authors who were frank, open, and – in some cases – very exclusive in their views. It has been a pleasure to read such books. I think India can look forward to many more exciting books,” he added.

Meanwhile, Arunava Sinha, the Jury Chair (Debut) said, “This is a very important award and it is great that the Times of India has chosen to institute this award for women writers. It was an honor to be a part of the jury for the category of debut authors. It was an exciting experience reading all the books and working with fellow jury members in identifying the long list.”

Talking about the AutHer Awards and his experience as a Jury Chair (Children’s books), Jerry Pinto said, “It is something of a cliche to say that it is difficult to judge a prize because every book that comes to us has something to offer.

“Children’s publishing in India has recently seen a boom. But often it seems that we are stuck in an old way of looking at children as receptacles of wisdom, as little people who need to be instructed in the finer points of politics and society. I think that’s a mistake, especially at a time when children are reluctant to read. What we need to do is bring them in and let them find their way into the pleasures of reading. Today, we are dealing with children who have multiple ways of being entertained. We need to lure them in with entertaining and enjoyable tales. We in the jury hope that all writers for children don’t forget the pleasure they drew from reading and the pleasure they want to give children. It would be wonderful if we just make children happy, and that was the guiding principle of our selection process,” he added.

The books under consideration went through multiple layers of screening before reaching the final jury.

Vinita Dawra Nangia, Literary Director of the Awards, said, “The third edition of AutHer Awards has brought in literature that was created during one of the most difficult times in recent history. As such – whether or not it deals with the subject – the outcome is a telling commentary on the indomitable spirit of humanity in adverse times. It has been a time that has pushed people more to reading and writing in an attempt to decipher events and experiences beyond our known experience. We are happy to share that more books by women authors were sent to us for consideration this year than in our previous two editions of the Women Author Awards. The AutHer Awards looks forward to encouraging more women to express themselves through writing, and bring about a positive change in the somewhat skewed gender equations in the publishing industry.”

The AutHer Awards Shortlist will be announced on March 22.


The AutHer Awards winners will be announced at a grand ceremony in New Delhi. Cash prizes would be given to the top winners of all four categories and a Lifetime Achievement Award will be given to a woman author for her lasting contribution in the field of literature.